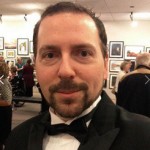 The MoSCoW Method is a prioritization technique used in business analysis and software development to reach a common understanding with stakeholders on the importance they place on the delivery of each requirement.

MUST
Requirements labeled as MUST have to be included in the current phase in order for it to be a success. If even one MUST requirement is not included, the project delivery should be considered a failure (note: requirements can be downgraded from MUST, by agreement with all relevant stakeholders; for example, when new requirements are deemed more important). Some also use the acronym for MUST as the Minimum Usable Subset.

COULD
Requirements labeled as COULD are less critical and often seen as nice to have. A few easily satisfied COULD requirements can increase ROI or customer satisfaction for little development cost.

The MoSCoW method is also known as MoSCoW prioritization or MoSCoW analysis.
The o’s in MoSCoW are added to make the word easier to remember.

CBAP and PMI-ACP with over 20 years of Project management and Business Analysis experience.